As one who barely had someone to celebrate Valentine’s Day with in a romantic manner, I try to ignore this commercially-obsessed ‘holiday.’
Through the years, it has lost its appeal.

Although, it is hard to ignore Valentine’s Day as much as one could with Christmas in August. However, when I can go out with friends or – rare chance – partner, I do go out, as it’s an occasion during which you can be silly and have fun with, but I simply cannot buy into the pre-fixed lovey-dovey menus and giving of balloons, dozen plus roses, chocolates, etc. It’s marketing at its best!

I mean, what girl doesn’t like getting flowers? But a woman should receive flowers not just on holidays. It simply seems forced on V-Day and the marketing ploys do not make it any easier on men.

Sometimes people on dates end up alone at the end of the night simply due to the fact that one or the other did not make a specific purchase or ‘hard enough’ effort to please their partner to make the night more ‘memorable.’ This is a load. I’ve seen it with friends in the past and felt honestly bad for them in that they were with someone so callous and vain. However, we have created this monster through commercialisation, marketing, culture changes, and basic selfishness and greed.

I would never expect these things from my partner on this particular date. We should only desire what truly comes from one’s heart, love. I mean, getting a nice surprise still makes us smile. Who wouldn’t? However, we should be able to look past that and just enjoy each other’s company.

On a historical note:
What I find funny is that it is said that we base this holiday on a picture, created by a man who, over 2,000 years ago, based it off of a woman’s behind when bending over (or dangling breasts – when turned over – others suggest)… The infamous heart.

Historians say the initial shape itself was actually based on the Silphium plant’s seeds-pod, from which the seeds were used as birth control, drawn/minted around the 7th Century B.C., above, but it had other features attached to it that differ to that of the hearts we see today, including a stem and a line down the middle. And that it was the Victorians that used the bottom/breast-shaped heart for marketing purposes.

Valentine’s Day is a Catholic holiday, acknowledged to celebrate St. Valentine, who was martyred back when Romans ruled. Even though only the rare person, outside the church, still acknowledges the true purpose of this holiday. 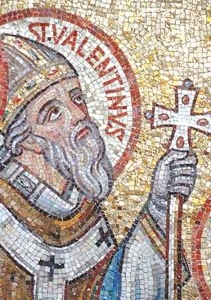 Commercialisation, as we see it now, didn’t actually start until the late 18th Century. The Victorian Era, though, took it with stride and created most of what we still see today. 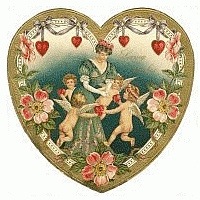 However, as some of us know or care to acknowledge, every primary Christian holiday is linked to a Pagan holiday, as it was done for easy transitioning to Christianity during/after Roman Emperor Constantine’s rule. Valentine’s Day originally stems from the Roman festival “Lupercalia,” which honoured the she-wolf who nursed Rome’s founders, Romulus and Remus, on February 15th. During this festival, it has been suggested that young women would place their names in a box and young men would draw the name out or that women were selected in another manner. There was no date planning, no mind games, no roses, no chocolates. A guy just had to draw a name of a woman from a box and off they went to have sex. If only life was that easy! 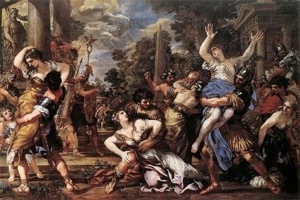 Even the poor children of the Western world are sucked into this marketing ploy at an early age. Once you’re in school, you’re stuck. I’ve seen such sad faces through the years of little girls and boys who didn’t receive one or ‘enough to not be made fun of by your classmates’ Valentine cards. This is something that can scar a child for life, but we still allow this mind-manipulation to exist and be carried on with, no matter how low we get these children’s self-esteem.

Thank you, commercialisation and marketing, for pulling us away from religion, messing with our heads, helping increase the chance of argument, helping us increase our weight, sometimes decreasing our self-esteem, and having more reasons for a gym… And for some, a psychiatrist.