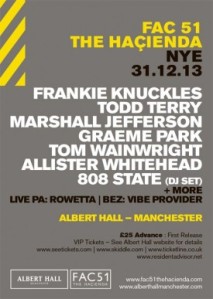 Originally a baroque and Gothic chapel from 1910, Albert Hall was recently converted in 2013 to a music hall for concerts by Trof, a local independent bar & live music company.

Upon walking into the VIP entrance, the hallways and flooring looked a bit run-down and the metal ramp nearby is not heel or flat-shoe friendly.  Definitely need to stick to the stairs – or you may slip and slide straight into the closed doors at the bottom. (This was seen several times throughout the night.)  However, when walking into the main portion of this old chapel, it was large, spacious, and the acoustics were amazing.  I was able to hear the music very well from all ends.  Makes you not want to stop grooving to the funky beats all throughout the night and into the early morning.

At the Mezzanine level, you could gaze down upon the hoard of people below fist pumping away, the main stage, or the beautifully designed pipe organ behind the decks that reached the ceiling.

Wherever you may head to within this multilevel venue, it will definitely make you work your legs even before dancing.  This is due to the amount of levels and stairs to climb.  Even the VIP toilets are located in the bellows of this location.  Speaking of the toilets, the woman manning the ladies VIP toilet last night was a doll!  She was so sweet, even though she often dealt with very rude people.  I love meeting people like that.  At one point of the night, we even had a lovely conversation.

Drinks were over-priced (e.g., Veuve Cliquot for £85), but what do you expect for a club environment and especially on New Year’s Eve.

The bartenders who tended to the VIP guests were over-worked, but when you could grab one of them, they were very helpful and accommodating.  I did see them get annoyed at some of the guests, but they had every right – as some of the crowd present were not the most polite of people.

Enough of negative people…  And now, the main attractions: 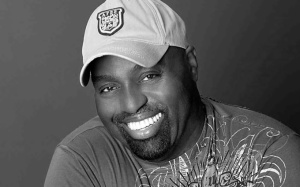 The 58-year-old “Grandfather of House Music” rocked the house last night with his decades of experience.  This Bronx, NYC-born DJ played an important role in developing and popularizing house music in Chicago, Illinois during the 1980s.  He still travels the globe showcasing his amazing talents.  This is the third time I have seen Mr. Knuckles, but my first in the U.K.  He truly brings original house music back to life.  Definitely a talent truly worth seeing again and again.

Post-Mortum, 31-Mar-2014:Frankie Knuckles sadly passed today at his home in Chicago, Illinois, USA from complications from his previously diagnosed Type II Diabetes, discovered in the mid-2000s. Knuckles died Monday at the age of 59, as confirmed by his longtime business partner, Frederick Dunson, who said in an email that Knuckles “died unexpectedly this afternoon at home.” In addition to developing the sound and culture of house music, Knuckles would go on to mix records by major artists such as Whitney Houston, Michael Jackson and Depeche Mode. He actually had just performed recently at the Ministry of Sound in London on the 29th. I feel privileged to have been able to see him perform for the last time just prior to his death. Groove on, Frankie, groove on! You will be truly missed. 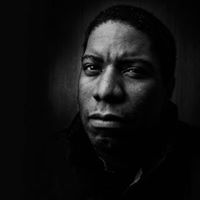 Another major contribution to the Chicago and world House scenes is this great artist.  This 54-year-old DJ has worked alongside Frankie Knuckles and other great artists throughout these last 3-4 decades.  This is the first time I have ever seen/heard Jefferson spin and his music truly captures the traditional House scene.  Brought me back. 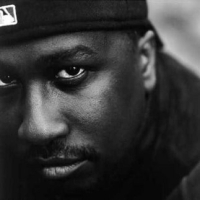 This 46-year-old, well-renowned Brooklyn, New York-based DJ started out playing Italian disco (no wonder I like him so much) and hip-hop and then moved to House Music in the mid-80’s.  Terry’s earlier music is also considered a milestone in the development of both progressive and modern deep house.   I, unfortunately, missed most of this set, as I was detained behind a fist-fight that broke out at the VIP entrance when trying to come back in from a smoke-break – and I know what I missed. (But, hey, it is Manchester City Centre on a rowdy night.)  Truly saddening when people can’t control their anger, especially on such a joyous occasion.

The population may have been quite the mix, but the talent was well worth dealing with the messy crowd.  Overall, great times!

And will definitely look into future concerts held at Albert Hall.